(Credit to @Quik with this idea)   Hey everyone! As the Recruitment Leader it is my job and the recruitment teams job to make sure we can acquire new members for the site, however looking at 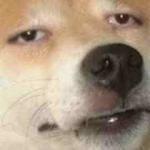 +10 Michael Johnson (Will have 100 when pending is approved)