By sterling,
February 18, 2014 in Announcements

User @MattyIce has been suspended from the league forums and discord until November 19, 2021. During this time he will be under a point task ban as well. This is a result of violation of Violation of 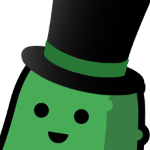 User @Kachur has been permanently banned for creating a fake charity auction item and essentially conning a member along with various violations of the VHL Code of Conduct.   In particular:

Devise22 has been suspended from posting for 25 hours for letting me down. VHL Awards Ceremony hosting contract torn up with Laichly Rift's Pajodcast as we sign a better deal with Blades of Steel.