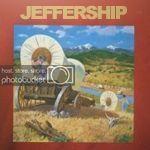 1. What are your thoughts on Chicago and our playoff progress as it currently stands?  Obviously I'll be disappointed if we lose Game 7 against Calgary but I'm thrilled that we made it this far.

CHICAGO PHOENIX PRESS CONFERENCE  Week ending 3/14   1. The offseason is coming to a close, what was your favorite downtime activity over the break? 2. Were you following the s76 W