Young Converts to the faith of R'hllor 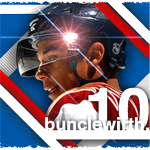